What is an Artisan? … a worker in a skilled trade, especially one that involves making things by hand.
An Artisan of food or drink … uses their skills in a traditional or non-mechanised way using high-quality ingredients.

Artisan in the food sense is a term used to describe food produced by non-industrialised methods, often handed down through generations but now in danger of being lost.  Our Food Artisans understand and respect the raw materials with which they work, knowing where these materials come from and what is particularly good about them. Tastes and processes, such as fermentation, are allowed to develop slowly and naturally, rather than curtailed for mass-production.

GALLERIA definition
n. A roofed passageway or indoor court usually containing a variety of shops or businesses.
[Italian, from Old Italian, from Medieval Latin, gallery, from variant of galilaea, galilee.]

We have a particularly strong leaning towards the Art Nouveau movement.   The theme of the Crafts & Skills that are offered through Peregrine Park could be aligned to the style of that movement, during which many artists, architects, designers and intellectuals, in all forms of decorative and visual arts, as well as cultural and avant-garde fields, explored the idea to create an “art of modern life“.  This important artistically avant-garde movement appeared at the turn of the 20th century (1890-1914) in all of Europe’s big cities, as a reaction against the academic schools. Followers of the movement all subscribed to its underlying principle, namely that the essence of aesthetics should be sought in nature rather than ancient Classicist renditions.

SUCH IS THE BEAUTY, ELEGANCE and UNIQUE STYLE OF ALL ART WORK & CRAFTS EXHIBITED, TAUGHT and SOLD THROUGH PEREGRINE PARK.

THE RETURN TO NATURE and THE EMPHASIS ON ALL THAT IS UNIQUE FILTERS STRONGLY THROUGH ALL WE DISPLAY & CREATE!! 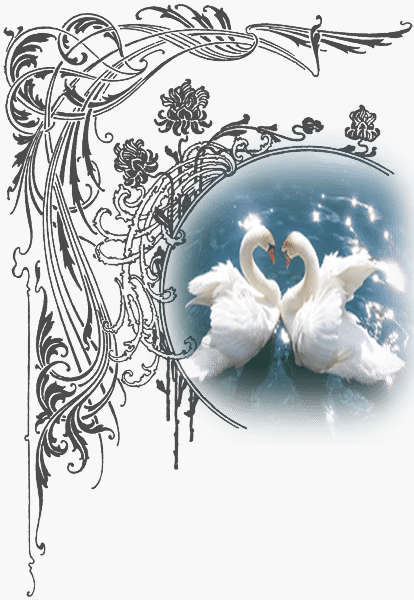 The violent mutation created by the Industrial Revolution at the turn of the century led the way to all kind of new ideas, attempts and creative innovations in the fields of architecture and interior design, furniture and fabrics, glass and tableware, jewellery and perfume bottles, posters and wallpaper, textiles and lighting.

New materials were used and combined, such as metal and glass or wood, creating admirable objects and buildings.

Partly inspired by Japanese art, which was changing the western attitude to Art (as painters such as Monet, Gauguin, Van Gogh, Ensor, Munch, Matisse or Toulouse-Lautrec would later confirm), but also influenced by Celtic, Gothic and Rococo art, the leaders of Art Nouveau refused to continue to differentiate “lower applied and decorative art forms” and “higher fine arts“. They wanted to create a modern way of life, to invent new shapes and free lines, where the structure and the decorative elements would form one unique work of art, a total and harmonious artistic environment. Nature and Life were chosen as inspiring sources, creating emotions and feelings in all forms of visual arts such as painting, architecture, decorative arts and graphic design, but also in literature with Baudelaire, Rilke, Hofmannsthal, D’Annunzio, Proust, Maeterlinck, Ibsen … or in music with Debussy, Sibelius, Strauss and many others.

This explosion of senses and the return to nature was a pretext for a new concept of art and the first visual attempt of modernity.

Paris added also a touch of glamour to Art Nouveau with the “Divine” Sarah Bernhardt and her protégés: Alfons Mucha and jewellery and perfume bottles designer René Lalique.

Between 1892 and 1897, the Symbolism Movement flourished in France and Belgium, whereas painters such as Odilon Redon and Ferdinand Knopf explored mystical and metaphysical themes, and they deeply influenced Art Nouveau artists and designers, such as the illustrator Alfons Mucha or the glassware designer Emile Gallé.

The works and aesthetics of artists-designers such as the painter Gustav KLIMT and the architect Josef HOFFMANN, the designer Josef Maria Joseph Maria OLBRICH in Austria; the Scottish architect Charles Rennie MACKINTOSH; the “visionary” Catalan architect Antoni GAUDÍ I CORNET; the Spanish fashion designer established in Italy Mariano FORTUNY Y MADRAZO; the German illustrator Otto Eckmann and the architect Peter Behrens; the originator of the ornamental Floreale style Giuseppe Sommaruga or designer Carlo Bugatti in Italy and many others, were broadly exposed on the international cultural scenes and their styles became widely known.

The Art Nouveau Movement reached, at a later stage, the cities of Chicago, Boston and New York in northern United States, where Louis Comfort TIFFANY is considered the only original Art Nouveau artist in the decorative field and Louis Sullivan, in architecture, is considered the precursor of America’s greatest architect, Frank Lloyd WRIGHT.

The world had changed and with it the mentalities.
The elegance, sensuality and flamboyance of Art Nouveau was going to be substituted by the more rational styles such as Art Deco and Bauhaus, all influenced by one of the major cultural and artistic movements of the 20th-century.

BUT ……. THE BEAUTY, SPLENDOUR and MYSTIQUE OF THIS ART NOUVEAU PERIOD LIVES ON HERE ALWAYS AT PEREGRINE PARK!!

ENJOY EACH OF THE ARTISANS WITH WHOM WE ARE HONOURED TO BE ASSOCIATED.  THE LINKS ON THIS SITE WILL LEAD YOU TO EXPLORE THE WORLD OF EACH OF THEM.

We specialise in all things connected to Nature and the Metaphysical – Spirituality, Shamanism, Wicca, Pagan, Healthy Lifestyles – enjoying and working with Books, Incense, Raw Food items, Yoga and Healthy Living, plus a huge range of other wonderful things!

To view complete details on all available Courses and Workshops, plus Counselling, Mentoring and other aspects offered, visit our educational section:

WE VALUE YOUR INTEREST AND WOULD LOVE TO MEET YOU!!