Base or Root Chakra

The Muladhara or Root Chakra – Connect to Body and Earth

BASE or ROOT – Chakra One:
The Muladhara, First or Root Chakra, is located at the base of the spine, at the perineum. The name means support, or foundation.
It is associated, in the body with the large intestine, feet and legs, with the element earth, and with the colours red and maroon.

Human Challenge and Gift – to feel safe and secure in the physical plane, to manifest to meet our basic needs.

Soul Desire – to feel nurtured and nourished, to experience belonging to the whole. 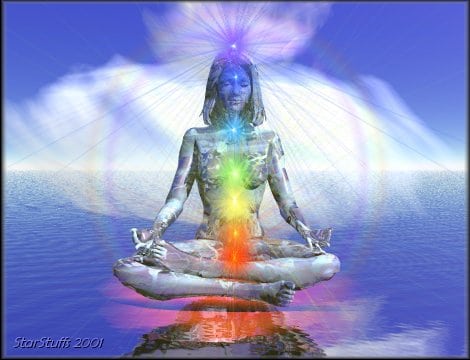 Location: The perineum, the point between the anus and the sex organs

Parts of the body: Lymph system, skeleton system (teeth and bones), the prostate gland in men, the sacral plexus, the bladder and elimination system, and the lower extremities (legs – feet, ankles, etc.). Also the nose, since it is the organ of the sense of smell, and associated with survival.

Consciousness: Security, survival, trust, the relationship with money, home, job. Ability to be grounded, to be present in the here and now. Ability to allow one’s self to be nourished, in the sense of allowing one’s Inner Being to be satisfied. This chakra also reflects a person’s connection with their mother, and with Mother Earth. How the person feels about being on the earth. Connection with the physical body.

Muladhara ~ Earth Element
The Base or Root Chakra

The Sanskrit name Muladhara means both root and support.
Muladhara is also called the Root chakra or Base chakra.

The Kundalini, the latent power of cosmic consciousness is said (by most of the sources) to lie in the Muladhara.

Stability, grounding, physical health, prosperity trust.
Located at the base of the spine, this chakra forms our foundation. It represents the element earth, and is therefore related to our survival instincts, and to our sense of grounding and connection to our bodies and the physical plane. Ideally this chakra brings us health, prosperity, security, and dynamic presence.

The first chakra is situated below the sacrum bone in which resides the Kundalini, and its main aspect is the innocence. Innocence is the quality by which we experience pure, childlike joy, without the limitations of prejudice or conditionings. Innocence gives us dignity, balance, and a tremendous sense of direction and purpose in life. It is nothing but simplicity, purity and joy.
It is the inner wisdom that is ever present in the little children, and gets sometimes clouded by our modern lifestyles.

But it is a quality which exists eternally within us and cannot be destroyed, waiting to be manifest as pure joy when the Kundalini rises.

Number of petals – Four
Points out – the body, the physical world

Key terms to understand the archetypical aspect of Muladhara:
Acceptance of the incarnation with it’s life conditions; time and space, body, senses, repetition, will to live, belonging….

We can think about our own experiences of, and our attitude towards, these aspects. We can also seek ways to work with them in an adequate manner.

Focusing, meditation or visualization on Muladhara (or Malkuth) is necessary if you work with the chakras in spiritual-personal development. The whole upper balance and development depend on the existence of a solid foundation in the first three chakras. Muladhara becomes the most important since the rise of the Kundalini (the development of the actual power of consciousness) begins here.

Chakra visualization can be a wonderful tool in your development and it can help you to realize what you are and who you are. Just because of that it should be used with respect. Particularly if you’re using some breathing technique at the same time.
Being conscious of a chakra and it’s aspects means that one activates it to a certain degree. Focused good thoughts and positive energy are also activating. Don’t forget that it’s your own consciousness that guides the visualisation.

Hematite
Depression, pain. Keep people out of your space.

Ruby
Protective of all around you, including family, possessions and good name. 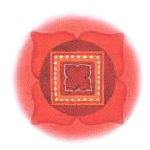 The first chakra roots out the subtle divine consciousness in the material life. This chakra is the basis for human existence in the physical world. Everyone has a joint physical and spiritual existence. The karmic development oscillates between the two, when this goes positively, you feel equally at home in both places and feel able to do what you have to do in the physical and spiritual realms. Harmony resides in a balance of strength, will and power. Letting go of residual negative energies such a emotional pain and fears, will help you claim your Divine Birthright.

When energies mix with two people’s chakras, each effects the other. Light waves mix in a way so they create different figures. From the perspective of the higher realm you may see delicate figures such as white flowers or crystals around the people. The more positive the contact the more the beautiful the light waves are.

As the name suggests, the Base Chakra is situated around the base of the spine in the genital area and its energy extends downward, like roots, through the legs and feet to contact the solid earth below.

It is the slowest moving Chakra, relating to our survival needs, and is therefore the foundation of the Chakra system in the body. The colour associated is red, and thus represents the Martian energy needed to keep us alive.

If these survival needs are met, the Base Chakra will function healthily, but if there is a perceived threat to this, (such as a difficult house move, job change, health problems, etc.) it can create an imbalance.

These imbalances can show themselves in various ways, from sleeplessness and the inability to relax, to obsession with money, possessions or health.

Eating is a basic Base Chakra activity, and so eating disorders often indicate imbalance, as do obesity, haemorrhoids and constipation.

To maintain balance, we need to be both stable and flexible, and very much in contact with our true survival needs, without becoming too obsessed by them.

Comments:
Problems with the First Chakra (Root) coincide with major traumas in the first 5 years of life, including an extremely difficult birth experience. These themes often recur around 30-34, 60-64 and 90-94.

Were you severely upset during this period? Was your mother absent for a length of time? Were you abused or abandoned?

While most adults cannot remember these times, they “imprint” themselves in our psyche and are manifested as a disturbance in the First/Root Chakra which governs fear, survival and feelings of security.

In your adult life, if you’ve been abused in any way, or been an abuser of another — your First Chakra is likely out of balance.

A First Chakra Imbalance may manifest as a person feeling extremely powerless, worthless, fearful, depressed and insecure. Since this Chakra rules our need to “survive”, an out of balance Chakra may manifest as a desire to self-terminate. On the other hand, an imbalanced First Chakra may be expressed as over-aggression, a need to push others aside at all costs to obtain the security/self-worth necessary to feel more secure. An over-urgent need to bolster one’s ego through possessions, or by abusing another to feel more powerful within oneself.

Physical symptoms of a First Chakra imbalance include frequent constipation/diarrhoea and haemorrhoids.

Therapy:
Chakra Therapy might include laying the proper gemstone upon the First Chakra for 5-25 minutes. Some recommend placing the stones on the bottom of the feet. Black Tourmaline (Schorl) is considered one of the most potent First Chakra gems. (In crystal therapy, the colours associated with this first Chakra are red and black.) Wearing Black Tourmaline has also proven to be quite effective, however it is highly recommended that internal work be done in conjunction with the wearing of the First Chakra gemstones.

Imagine a red vortex of energy rising from the base of your feet, up your legs to pool at the base of your spinal cord, between the urethra and rectum area. At the same time, think of feeling secure, happy, powerful without being aggressive.

Mantras:
“There is nothing to fear but fear itself”
“I welcome my life experience in all its ups and down, trials and triumphs”

* Many tense, life threatening situations where a strong need for survival is called for

* Recipient of abuse or abuser of others

Also the Sefirot (spheres or emanations, singular form =Sefira) of The Tree of Life represent psychic powers of the archetypes. The Tree is a picture of creation.
The Sefira corresponding to Muladhara is Malkuth, also the name Shekina is used.
Malkuth means “The Kingdom” and Shekina “Presence”.

This is the last Sefira of the divine emanations and it is placed at the bottom of the Tree. The divine energy is here “specialised and concretised”.
This is “the Mother of all living things”, the sphere of the concrete, the realm of the physical world. This is the culmination of the emanation process. Here “God is made visible by His works”.