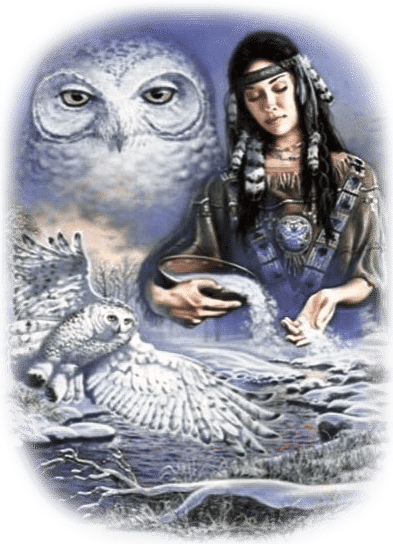 Understanding and working with our Animal Guides is a very special way to live, and one of our personally most treasured aspects of connecting with Spirit.

We have personally had many years of wonderful and intriguing times during which we learnt to appreciate and understand the messages the varying animals came to convey.  One learns to know when the animal is sent from Spirit to convey a message, in contrast to just having animals around us in everyday life. When they have come to you specifically to deliver a message, they make themselves quite apparent – but you must learn to pick up on these senses. Once you appreciate and learn this ability, you will view the world through different eyes!

Open your heart and mind to the wisdom of the animal world.

There are a great many terms and differing names that various cultures use to describe the Totem Animals whose guidance, or ‘medicine’, has come to us in order to offer their assistance for our growth. Quite a lot of the methods are derived from Native American culture, but other beliefs are also intermingled. As with all in which we partake, one must discern one’s own truth from what is offered. Therefore each of us will have slightly differing beliefs and understandings than others, and the meanings of the given messages will alter according to how the message is personally perceived. All will be as it should be though – everything in our lives is a series of growth patterns and so we must take on that with which we feel comfortable. Often, one of the most difficult aspects of this process is to actually understand what message is being given to us at the time.

From Wakan Tanka, the Great Mystery, comes all power. It is from Wakan Tanka that the holy man has wisdom and the power to heal and make holy charms. Man knows that all healing plants are given by Wakan Tanka, therefore they are holy. So too is the buffalo holy, because it is the gift of Wakan Tanka.

In the Lakota way of life, Wakan Tanka is the term for the sacred or the divine. This is usually translated as The Great Spirit, however perhaps its meaning is closer to Great Mystery as Lakota spirituality is not monotheistic.

The Native Americans are one of the peoples who have lived their lives in very close touch with the Creator, Mother Earth and Father Sky. Each of us is only a small part of the Universe, only a small part of Nature, only one of the children of Mother Earth, and only a small part of Spirit. In days gone by the Native Americans had a great appreciation and respect for Nature, killing only what they needed for food. They also gave back, in return. They only used the skins of what they killed and ate – they never killed just for the skins alone. They did not waste life nor disrespect spirits, but honoured and thanked them for providing us with life, nourishment, and comfort. 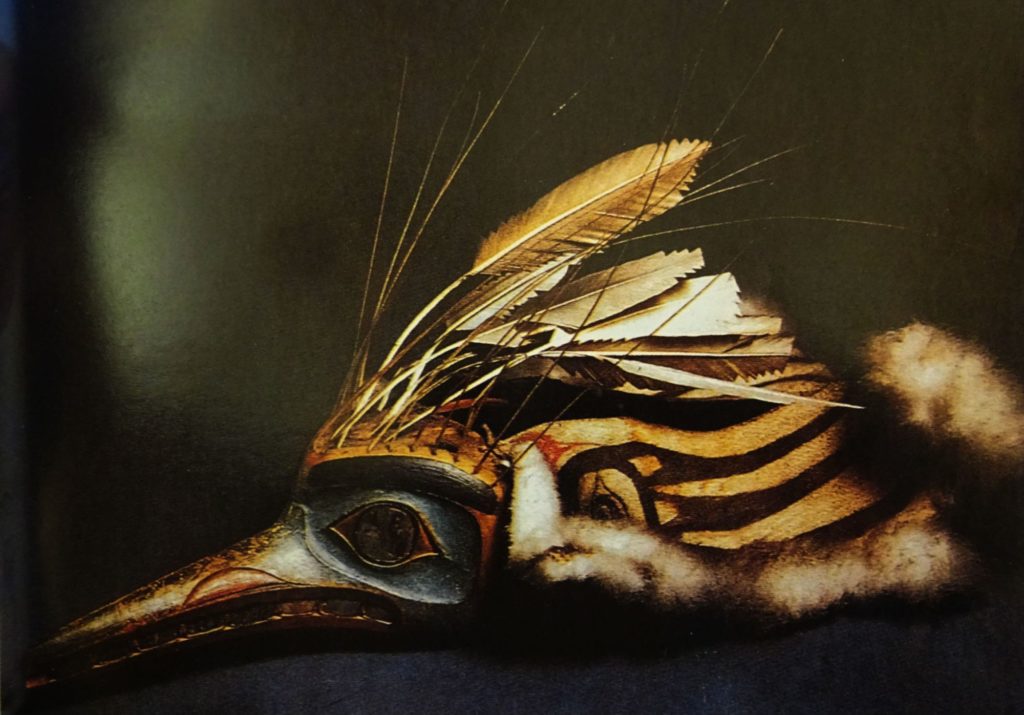 In days gone by they gave recognition to the power of the Animal Spirits by wearing skins and masks, mimicking, singing praise, and offering prayers to specific animals. They painted the animals on their homes, caves, jewellery and ornaments, and asked Spirit to guide them to the animal and bless the spirit of the animal they killed, in order to honour the spirit of their prey. These acts allowed them to remain linked to the Animal Guides and to accept the power these animals offer us in lessons, in life, and in death. They believed that all animals were our brothers, sisters and cousins, and most importantly were our teachers and our friends. In honouring the animals it reminded them that we too are animals and all of us are one with spirit.

The Great Spirit is everywhere; He hears whatever is in our minds and our hearts, and it is not necessary to speak to Him in a loud voice.

This way of connecting to the Natural Power of Animal Totems has thankfully not yet been lost to everyone. The Animals still hold the power and the knowledge we can use, if we so choose and believe. We must remember how to be One with Nature and all that is, has been, and will be. Cultures of the past understood the connections. We must not lose this connection now that we are ‘advanced‘. For what was will always be, and all those past cultures could not have been wrong. There is a reason that Spirit has put all of us together, has given us so many healing stones, and has given us medicine, for the body and the spirit. We are all one. Using Animal Totems will allow you to see and love the earth, to better understand life and yourself, and to commune better with Mother Earth and Spirit. Your life will become healthier and happier physically, mentally, emotionally, and spiritually when you understand and honour your Animal Totems.

One should pay attention to even the smallest crawling creature for these too may have a valuable lesson to teach us. 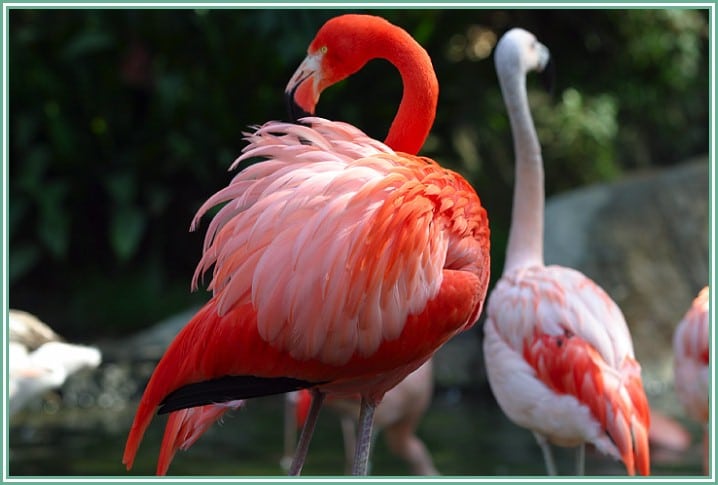 An animal spirit, or spirit guide, walks through life with a person, teaching and guiding them, and in some instances protecting them. Using the same shamanic practices varying native peoples have utilised for a very long time, we can also learn to connect with the Earth and with the power of the animals. Through diligent observation the shaman learned to know and understand the animals’ characteristics; their strengths and weaknesses. likes and dislikes. In more modern times, this knowledge has been picked up by others, and passed to us all through books and other writings. 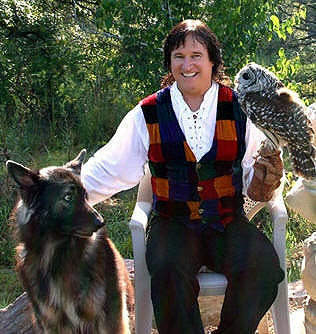 Ted Andrews is my personal favourite in this field, as he most certainly is for many others as well. Throughout the years I have learned so much from his books, and never have them far from reach.

Ted Andrews (1952-2009) was an award-winning author and deeply respected teacher in the metaphysical and spiritual fields.  He is best known for his work with animal mysticism and for his best-selling book, Animal Speak: The Spiritual & Magical Powers of Creatures Great & Small (1993).

Ted’s books on Animal Magick are some of the best loved books on the topic. In his 57 years here on Earth he authored over fifty books on nature spirits, psychics, Qabalah and divination. His wonderful book Animal Speak is the most comprehensive book on animal totems and meanings. The sequel, Animal Wise, is equally valuable. On October 24, 2009 Ted crossed the veil to the other side after a long battle with cancer. He is survived by his wife, Kathy, and legions of fans. He will be greatly missed. He has left a lasting legacy of animal knowledge and occult lore that will no doubt pass the trial of time and not be forgotten.

“…all animals speak to those who listen. When we learn to speak with the animals…..the animals are no longer our subordinates. They become our teachers, our friends, and our companions.”

From Animal Speak by Ted Andrews

One exercise Ted Andrews teaches is the technique used to call your spirit animal. You meditate on the animal and do simple visualisations, imagining it standing before you or drawing close to you. Eventually, you visualise it merging into you, feeling its energies as strong and vital.

By understanding the behaviours of each Spirit Animal, you will then understand  the message the animal is conveying to you. For example, Bears, hibernate during winter, and thus it is noted that they possess the magick of dreams. They are also formidable foes to those who hunt them, and thus Bear medicine is also about strength and physical power. Another example is Mouse, who represents scrutiny because of the way they observe objects up very close.

In dreams and visions, shaman connect with the manitou of animals.  Among certain Algonquian North American Indians manitou is the spiritual and fundamental life force that pervades the natural world. It is a good or evil spirit used as an object of reverence. The tribal shaman was responsible for calling upon the manitou at special ceremonies, using the primal spirit energy of that animal type. The animal spirit is greater than the actual animal because it embodies the essence of that animal spirit itself. For instance with a wolf spirit, it is the voice of all the wolves that have ever lived. It is the Medicine Wolf. These manitou could help the shaman learn the particular lesson of that animal species.  It is believed that every person has a particular manitou (sometimes more than one) to which they are especially attuned. A person who underwent vision quests would be visited by an “animal, voice, or object,” which would become his (or her) guardian spirit.  This was their personal animal totem, or Power Animal.

Crazy Horse dreamed and went into the world where there is nothing but the spirits of all things. That is the real world that is behind this one, and everything we see here is something like a shadow from that one.

Preparing for the Journey

It is generally believed that the totem chooses you, not the other way around. The animals which fascinate you may well be your totems, but then again, they might not. The animal which chooses you will be the one with whom you need to work. One whose strengths and weaknesses you possess, and whose lessons you need to learn. 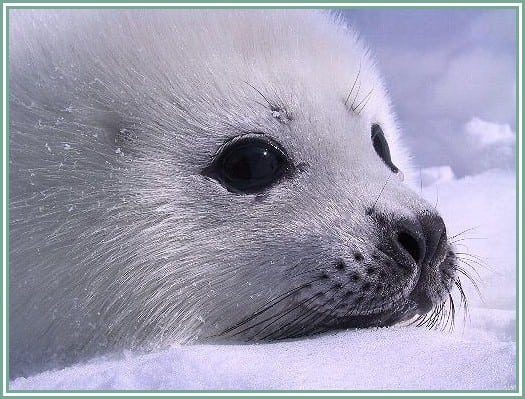 As you ready yourself for the totem journey, release desires and expectations and open yourself to the adventure. Know that the animal which chooses you will be the right one for you. Open your heart to their love and their lessons.

Firstly, you need to have an idea of what it is that you may be currently looking for in guidance – or, conversely, if you are feeling a little *lost in the dark* you can just journey, asking for the most prominent message in regard to your situation to be given to you.

Each of us, more often than not, has several animal guides that assist us on our path …. some becoming more prominent than others, depending upon our current experiences.  Sometimes we have the same animal guide who stays with us all the time, as other helpers come and go.  When doing the journeying, you will connect with the energy of the one who is telling you that their influence is the most needed at that time … it may not be of a guide who is your constant companion.

With any of our Power Animals, they do sometimes alter.  Most of us have a Guide that takes us all through our life, and then there are other Guides who come to us at particular stages of our lives to assist us for that period.  The Guide is not always an animal native to your country either, so even though we are not necessarily physically in touch with the species who is guiding us, it is the characteristics of their type that they are passing on that we need.

Peace will come to the hearts of men when they realise their oneness with the universe, it is everywhere.

Read a little on SHAMANISM

To make a Booking or Reservation and to view complete details on all available Courses and Workshops, plus Counselling, Mentoring and other aspects offered, visit our educational section:

WE VALUE YOUR INTEREST AND WOULD LOVE TO MEET YOU!!