Recreational activities in this Somerset region include:

Growing in leaps and bounds as a tourist destination, the Somerset Region, located in South East Queensland, covers an area that includes the upper and mid sections of the Brisbane River, encompassing lakes at Wivenhoe Dam, Somerset Dam, and Atkinson Dam. These waterways provide the perfect recreational backdrop for angl

The area is also home to many deer – in fact the former Esk Shire council’s logo is of a Red Deer. Queen Victoria gave the Red Deer to the Acclimatisation Society of Queensland as a present in 1873, when two

stags (male) and 4 hinds (female) were released at Scrub Creek on Cressbrook Station. The deer originally came from Windsor Great Park in Englan 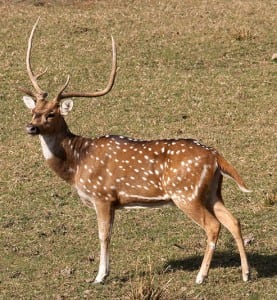 d. Today, the descendants of the original release are well entrenched in the ranges of the Brisbane and Mary Valleys and it is estimated that large numbers exist in the region.

Chital Deer roam around the outskirts of the Peregrine Park property.

Unfortunately feral Red deer (Cervus elaphus) are a Class 3 declared pest animal under Queensland legislation.   Chital deer (Axis axis) that are contained within a deer-proof fence (e.g. farmed chital or chital held by a game park) are not declared. 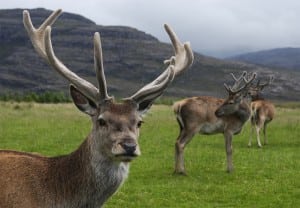 Any chital deer not contained within a deer-proof fence are considered feral or wild and subject to control. The natural disposition of deer means that farmed animals escaping captivity quickly revert to the wild state.  The feral Chital deer is a Class 2 declared pest animal under Queensland legislation.   Somerset Regional Council covers the largest land area of all southeast Queensland councils.

There are many hotels, B&B’s, art and craft shops, caravan parks, cafés and more to experience in this delightful rural area so close to the main population centres of Queensland.

The first official settlement in the Brisbane Valley was in 1841 when the McConnel family established Cressbrook Station. A portion of their land was later divided to create the town of Toogoolawah as a service town supporting the dairy industry and Nestle canning factory. What is now the 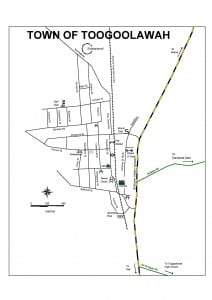 Toogoolawah township was surveyed privately when Cressbrook estate was subdivided and sold as dairy farms in 1904. The town plan was not registered with the survey office until 1st June 1909. The extension of the Brisbane Valley Branch Railway from Esk to the new town (18.69 km) was opened on 8th February 1904. James Henry McConnel, owner of Cressbrook station, suggested the name Bakewell (after a village in Derbyshire, England), for the new town and railway station. The Railways Department however favoured the use of Aboriginal names, so McConnel then suggested Toogoolawah, the Aborigines’ name for the locality in the Brisbane suburb of Bulimba where McConnel’s town house was situated.

Toogoolawah is derived from the Aboriginal words dhoo, a generic term for tree, and goo/lawa, meaning ‘crescent shaped’ or ‘bent like a crescent moon’. The name probably referred to a tree with a deformed trunk which stood on the site in Bulimba, rather than to the supposed shape outlined by the Brisbane River as it rounds Bulimba Point, as alleged by some people.

A Toogoolawah receiving office was opened in June, 1904 and was elevated to post office status in July, 1905. Toogoolawah State School opened on 30th May, 1905. 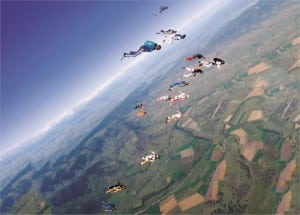 Today Toogoolawah is world famous thanks to the proximity of the Ramblers Drop Zone. Famous for fun, the drop zone hosts thousands of national and international skydivers and features the biennial Equinox skydive and music festival each alternate October. Year round you can learn sport parachuting or thrill to a tandem skydive.  The skydivers and their planes are freque

ntly sighted as they drop just beyond the horizon of the Peregrine Park property.

Nearby Watts Bridge Memorial Airfield attracts flight enthusiasts with interest in vintage, ultralight and military aircraft. The open day and fly-in each May is a popular event drawing aeronauts from across Australia.

Back on terra firma visitors can walk, horse ride or bicycle the Brisbane Valley R

ail Trail south to Esk or north to Harlin where railway buffs will be interested in the Y turn and Yimbun tunnel.

In town you will enjoy the heritage value of the quirky Alexandra Hall that shows movies every Saturday, complete with canvas sling back chairs. You can also visit the railway station now converted to a history museum providing local heritage and genealogy information, or drive by the unique architecture of the town’s wooden churches. 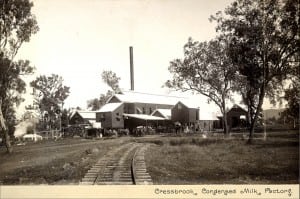 undergoing conversion into a regional art gallery, opened in 2015 and highlights local, national and international exhibits. 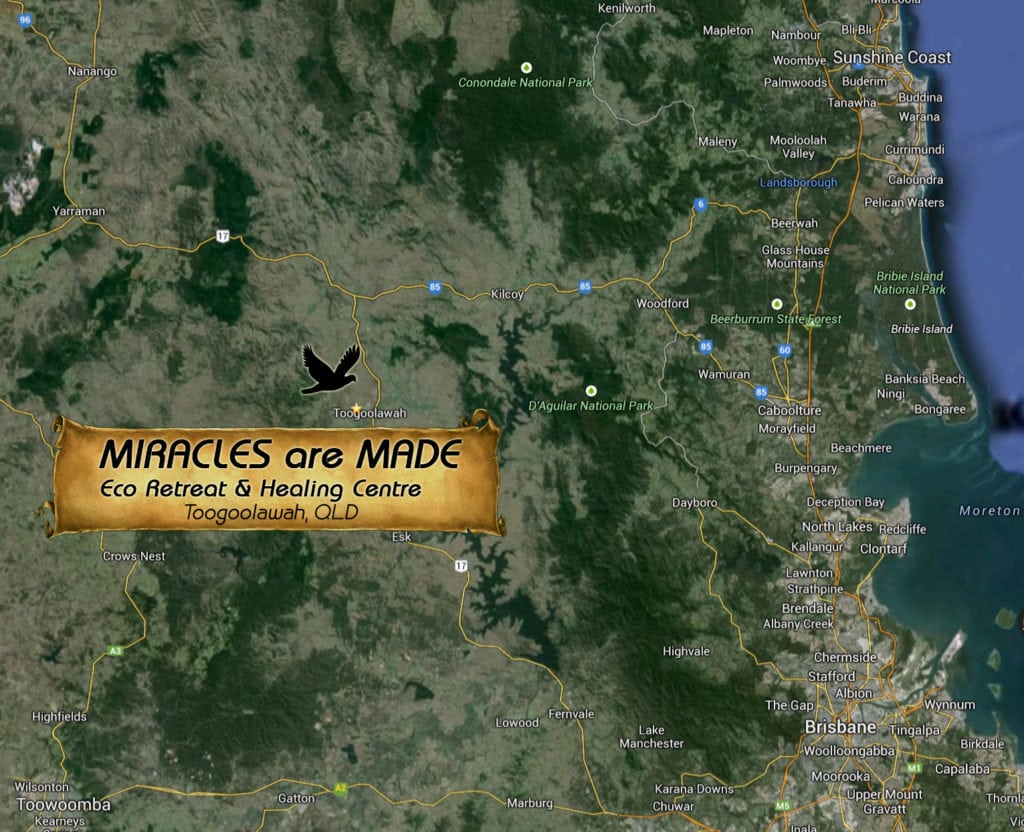 Somerset Dam is a dam on the Stanley River (which feeds into the Brisbane River at Wivenhoe Dam), and the town is named after it. The dam was built between 1933 and 1958, and was named after local identity Henry Plantagenet Somerset, a local grazier, and M.L.A. for 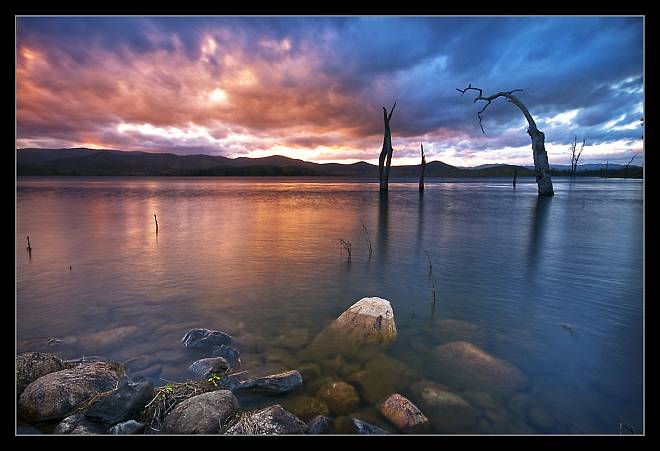 Stanley in the Queensland Parliament from 1904 – 1920. The town was originally built to house the construction workers working on the dam, but remains today as a small township in the shire.

Being situated at the dam site, the township of Somerset Dam supports a wealth of tourist activities associated with such a facility. The town boasts excellent water-skiing, magnificent scenery, BBQ and picnic facilities and 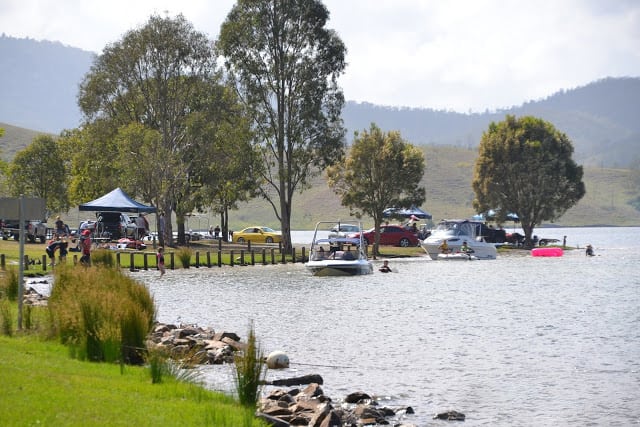 Lake Somerset, also called Somerset Dam, is a wonderful destination for those who love water sports, fishing, walking or just taking in the beautiful scenery.

With its 237 kilometres of shoreline it is a paradise for fishing and water sports, picnics and bbqs. Only a one hour drive from Brisbane, vacations here offer active fun or more sedate leisurely pursuits. The area is surrounded by spectacular mountains, unspoiled bushland, lakes, rivers and hidden valleys. On its shores is Somerset town which was built to house the dam construction workers. Other picturesque country towns and vi 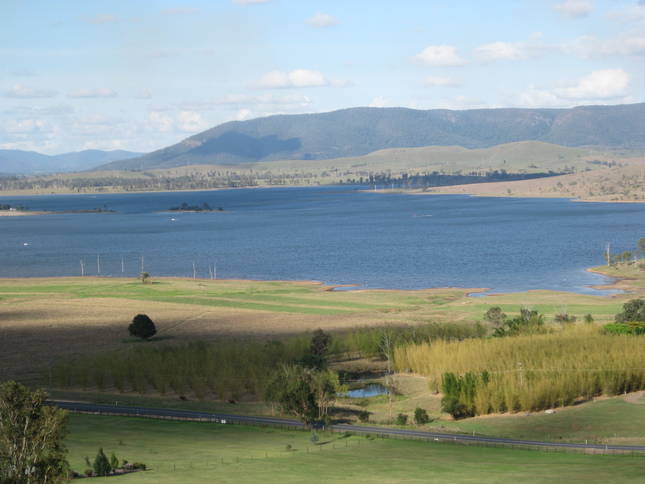 llages with their pubs, cafes, bakeries and restaurants are only a short drive away.

Construction of the town and dam, which were named after a local grazier and MLA for Stanley, Henry Plantagenet Somerset, began in 1935 with dam works completed in 1959. Work was suspended during the war to commence again in 1948. The dam is a mass concrete gravity type, 305 metres long with a maximum thickness at the base of the wall of  approximately 41 metres. The 203,000 cubic metres of concrete used in its construction resists the thrusts of water by its weight alone. With a storage capacity of 904,000 megalitres the dam supplies wat 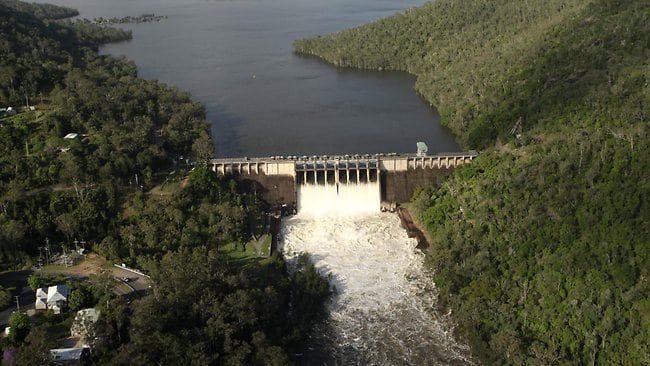 er to Brisbane, Logan, Ipswich, and Redcliffe, the northern sections of the Gold Coast city and the shires of Beaudesert,  Esk and Kilcoy.

Depending upon the route taken Somerset Dam to Toogoolawah is between 35 to 55 km from the property. 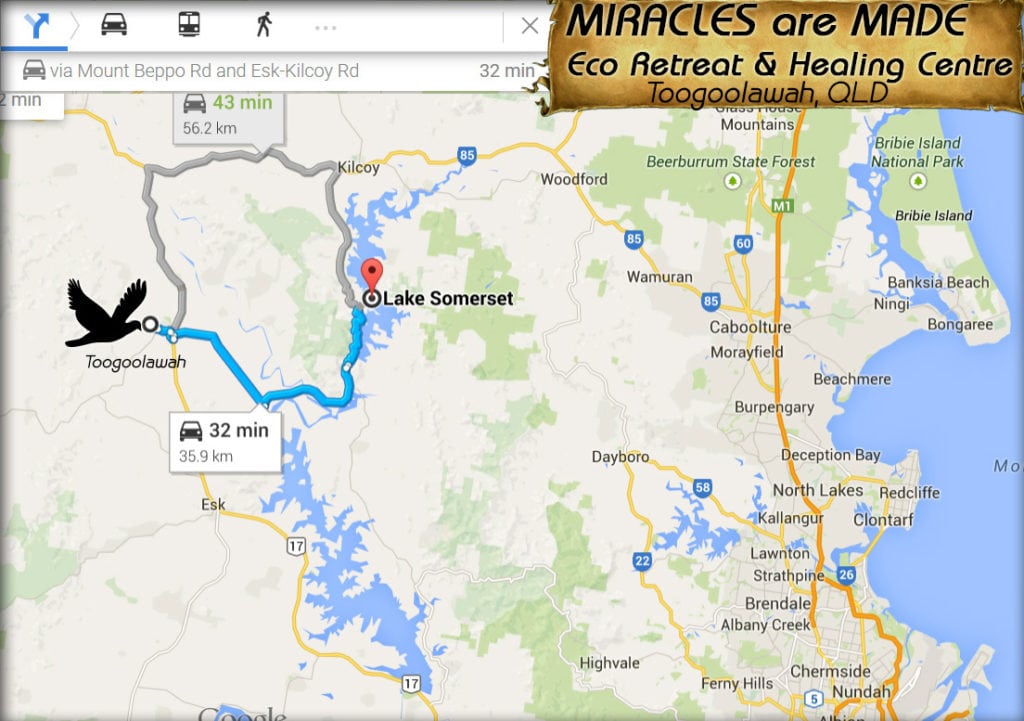